How Creators Use Background Music 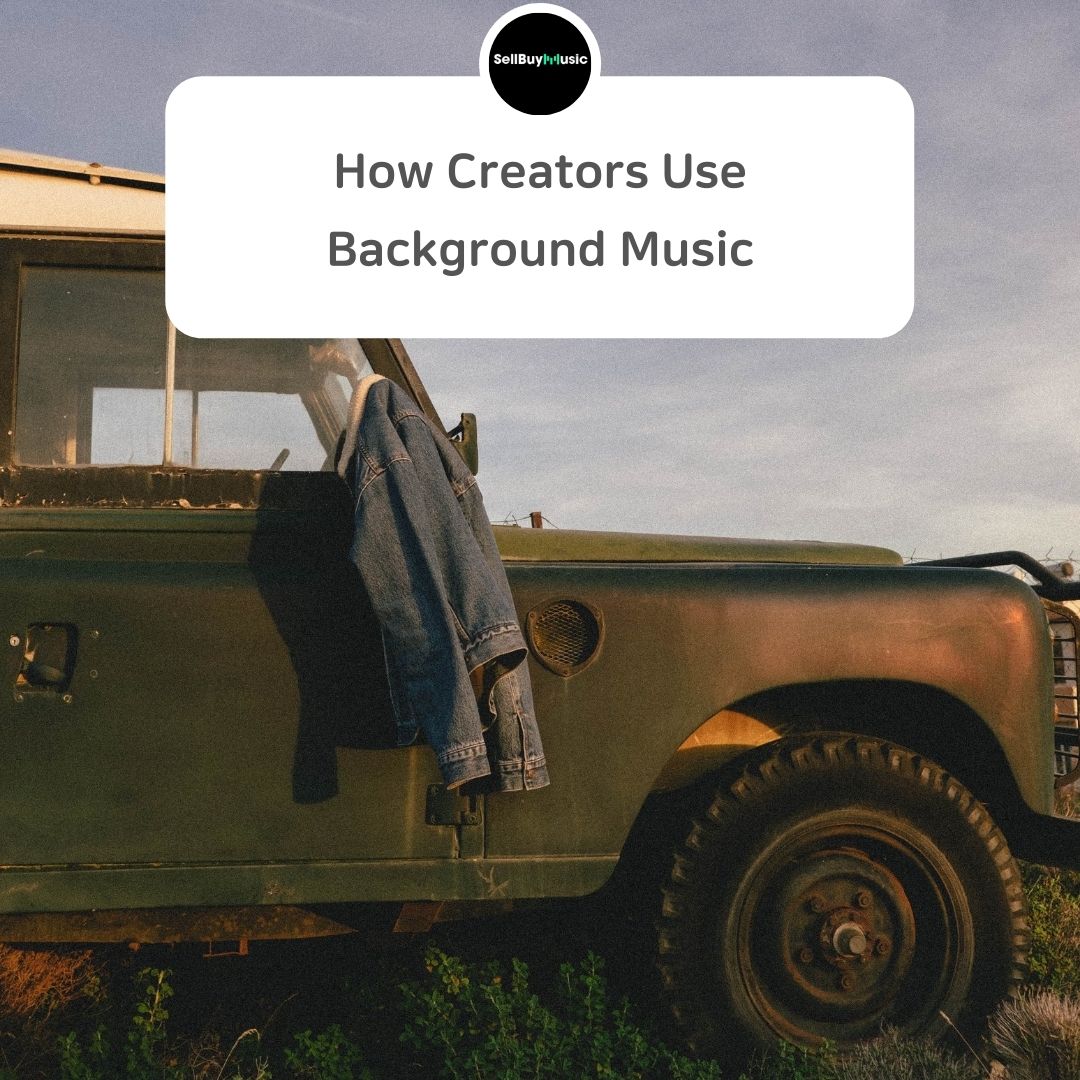 Depending on how you apply soundtracks, the mood and quality of your video changes.

For some of creators who might have difficulty selecting the music and decide how to use it, here are some references of how SellBuyMusic members used our music in their videos.

1.  The Katana Performance Demonstration by BladeMan B

BladeMan B uploads Japanese Fencing videos. You can watch various swordmanship technique performance, and its tutorials.

In the video above, BladeMan B performs katana technique to the music named “Ilikdangcheon” which is a maxim meaning someone is very good at martial arts.

Do you enjoy watching Mukbang?

SIO ASMR is a Mukbang channel with over 6 million subscribers.

What’s special about this channel is that the YouTuber shows the whole process of cooking in the videos. Also, each video has a concept color.

Because in Mukbang ASMR capturing the eating sound is important, background music are mostly used in the intro or outro of the video.

If you are an Animation creator, background music is especially important.

“Jihwan Play” is an animation channel for kids. Animations here are not made up of elaborate actions or sophisticated graphics, but it is fun enough for kids to enjoy.

This video shows the process of making a doll out of old bras.

Violet Rose by Jsome, which is the first music in the video is a R&B music with addictive latin rhythm and attractive, soft female vocal.

Short dances to SellBuyMusic royalty-free tracks are being updated in this channel every week.

Sign up for SellBuyMusic’s musician and spread out your music, 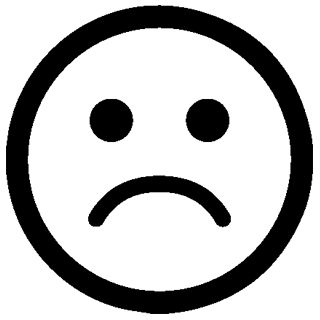 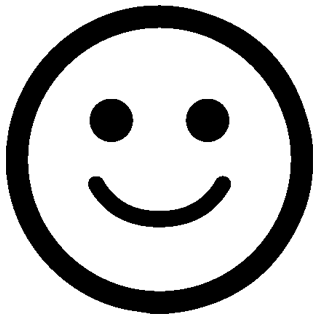 2. The Service and General Limitations of Use
The Service is an online music catalogue service, by which Sellbuymusic makes available digital music files (collectively as well as any part thereof "Content") for the purpose to be used in audiovisual productions and/or other productions, under the terms and conditions as set out in these Terms and Conditions and the applicable music license agreement.
The assortment of Content may be amended at all times by Sellbuymusic, with or without any notice to you. You accept that the Content that is available might not be available at a later stage.
You agree not to use or launch any automated system (including, without limitation, any robot, spider or offline reader) that accesses the Service in a manner that sends more requests to Sellbuymusic or its servers in a given period of time than a human can reasonably produce in the same period by using a publicly available, standard (i.e. not modified) web browser.
You agree to only download Content in accordance with the restrictions applicable to your account.

3. How to Access the Service and Your Account
In order to use the Service you must create a personal account and register as user by following the instructions that are further specified in the user registration form. Your account will contain basic account information including username and password. The password you choose must be a unique and distinct password. You are responsible for your username and password and should never give out your password to anyone else. You may not select or use an identity of another person with the intent to impersonate that person. You must use a valid e-mail address and Sellbuymusic reserves the right to test and to verify this at any time. It is prohibited to agree with third parties upon the transfer, the utilization or the provision of accounts, resources or access data.
You must notify Sellbuymusic immediately of any breach of security or unauthorized use of your Sellbuymusic account that you become aware of.
You agree that you will be solely responsible (to Sellbuymusic, and to others) for all activity that occurs under your Sellbuymusic account.

4. Intellectual Property Rights
You may not use, transfer, display, perform or otherwise make the Content available except as expressly permitted under these Terms and Conditions and under the applicable music license agreement.
All content available through the Service and on the website, including designs, text, graphics, pictures, videos, information, applications, software, music, sound and other files, are the proprietary property of Sellbuymusic
Except for the rights expressly granted to you in the applicable music license agreement and in these Terms and Conditions, no right to the Service or the Content is assigned to you, and all right, title and interest in the Service and the Content are reserved and retained by Sellbuymusic. Sellbuymusic do under no circumstances transfer any right, title or interest in the Content to you, and you do not acquire any ownership rights to the Service or the Content.
Please note that you may not use the Content in connection with other material that is offensive, defamatory, obscene, immoral, discriminating, illegal or that otherwise violates any rights of anyone associated with the Content and/or any third party. You shall comply with any applicable laws, regulations regarding use and distribution of the Content.
Please also note that you are not allowed to upload or otherwise exploit the Content provided in the Service as stand-alone files (for example, uploading the track to any kind of distribution platform or otherwise distributing a track as a full-length (or shortened) file, on its own or with a just background picture and/or just the name of the artist/track).

5. Support
You will find answers to the most frequently asked questions about the Service on the website www.Sellbuymusic.com. You are always welcome to contact Sellbuymusic on biz@sellbuymusic.com.

7. Service Level and Disclaimer
Sellbuymusic will make reasonable efforts to keep the Service operational. However, technical problems or maintenance may, from time to time, result in interruptions.
Sellbuymusic is not responsible for unavailability or deficiencies of the Services caused by you, deficiencies in the Internet access or any other event beyond Sellbuymusic's control.
Sellbuymusic will from time to time carry out updates and maintenance of the Service, during which the Service might be unavailable. Sellbuymusic will try to arrange updates and maintenance outside of peak usage hours.
THIS SERVICE IS PROVIDED “AS IS” AND “AS AVAILABLE” AND TO THE FULLEST EXTENT PERMITTED BY APPLICABLE LAW Sellbuymusic MAKES NO WARRANTY, REPRESENTATION, EXPRESS OR IMPLIED, AND/OR DISCLAIMER AS REGARDS TO THE AVAILABILITY, FITNESS FOR PURPOSE, NON-INFRINGEMENT, CONTENT OR OTHER DATA PROVIDED AND THE QUALITY OF THE SERVICE. YOU USE THE SERVICE AT YOUR OWN RISK. YOU ALSO ACKNOWLEDGE THAT FREEDOM FROM PROGRAM ERRORS CANNOT BE OBTAINED IN THE SOFTWARE INDUSTRY. NEITHER Sellbuymusic NOR ANY OWNER OF CONTENT WARRANTS THAT THE SERVICE IS FREE OF MALWARE OR OTHER HARMFUL COMPONENTS.
Sellbuymusic (INCLUDING, BUT NOT LIMITED TO, AFFILIATED COMPANIES AND THEIR CONTRACTORS, OFFICERS, DIRECTORS AND EMPLOYEES) SHALL IN NO EVENT, AND TO THE FULLEST EXTENT PERMITTED BY APPLICABLE LAW, BE LIABLE FOR ANY DAMAGES AS A CONSEQUENCE OF SHUTDOWN, LOSS OF OR EFFECT ON DATA, LOSS OF PROFIT, AND CLAIMS FOR DAMAGES BY A THIRD PARTY OR OTHER INDIRECT INJURY.
Sellbuymusic reserves the right at any time, and from time to time, to modify or discontinue, temporarily or permanently, functions and features of the Service with or without notice, and Sellbuymusic shall have no liability to you if Sellbuymusic exercises such rights.

8. Indemnity
Upon request by Sellbuymusic, you agree to indemnify, defend and hold Sellbuymusic harmless (including, but not limited to, affiliated companies and their contractors, officers, directors and employees) from all claims, liabilities and expenses (including reasonable attorney's fees) that arise from your misuse of the Service in a manner not in strict conformance with these Terms and Conditions.
Furthermore, Sellbuymusic reserves the right, at its own expense, to assume the exclusive defense and control of any matter otherwise subject to indemnification by you. However, in which event you accept to cooperate with Sellbuymusic in asserting any available defenses.

9. Limitation
YOU AGREE THAT, TO THE EXTENT PERMITTED BY APPLICABLE LAW, YOUR SOLE AND EXCLUSIVE REMEDY FOR ANY PROBLEMS OR DISSATISFACTION WITH THE SERVICE IS TO UNINSTALL ANY SOFTWARE AND TO STOP USING THE SERVICE.

10. Term and Termination
This agreement will continue to be in force until terminated by you or Sellbuymusic.
If you or Sellbuymusic terminate this agreement for any reason or if you violate any of the terms or conditions in these Terms and Conditions or any thereto related documents, your right to use the Service and access to Content will immediately terminate. Sellbuymusic may further, at its sole discretion, terminate your account and your access to the Service with 2 week’s notice.

12. Law and Dispute Resolution
South Korean law shall apply to these Terms and Conditions except with regard to principles on conflict of laws. Any dispute, controversy or claim arising out of or in connection with these Terms and Conditions, or the breach, termination or invalidity thereof, shall be determined by South Korean courts of general jurisdiction where the district court of Seoul shall be the court of first instance.
Sellbuymusic has the right regarding illegal copying or distribution of the Content or the Service to the public, to instigate proceedings for damages or injunctions in any court having jurisdiction.

The SAFE CODE has been copied.